It all starts with a series of large-scale photographs. They show urban landscapes, often at night, lit by the artificial lights of the city, devoid of human faces.

Then, a text transforms these intensely chromatic images into a series sets, as if the spaces they represent had called for a play to be staged - now photographs and text are about to become an opera. Music, text and photographs respond to each other, question, interpret and challenge one another. Three figures appear: an artist, a writer, a lover. These three figures get entangled in a web of expectations and desires, reflections and outbursts, ruses and conspiracies.

They all undergo transformations and in the end they perform a ritual, as if a resolution has been reached. All three figures sing: “A photograph is a halt. Not just an interruption." 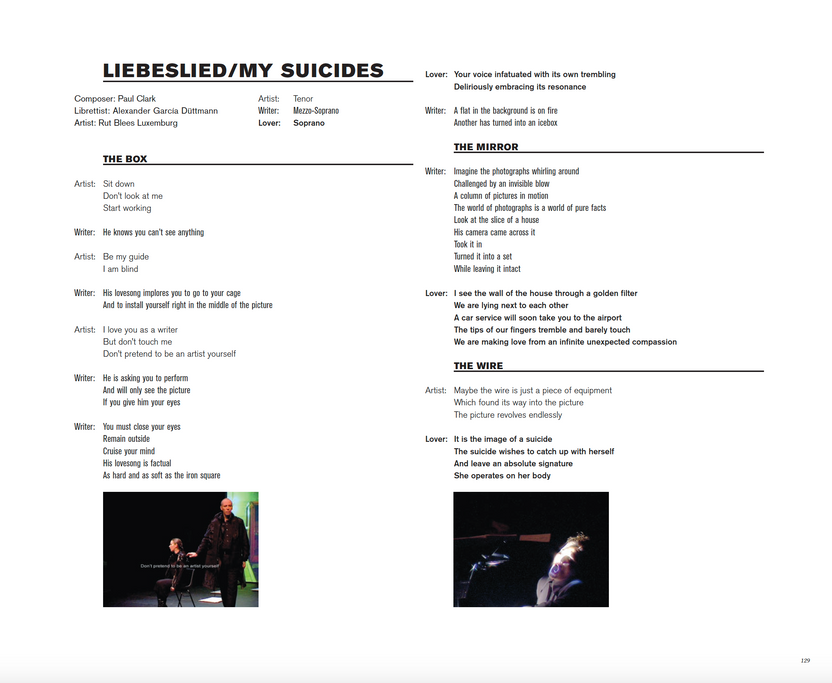 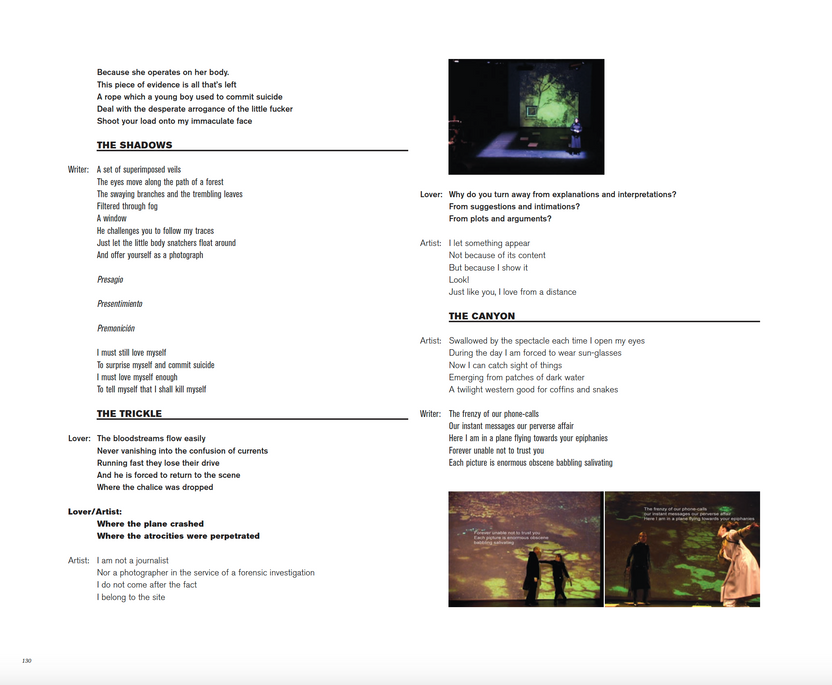 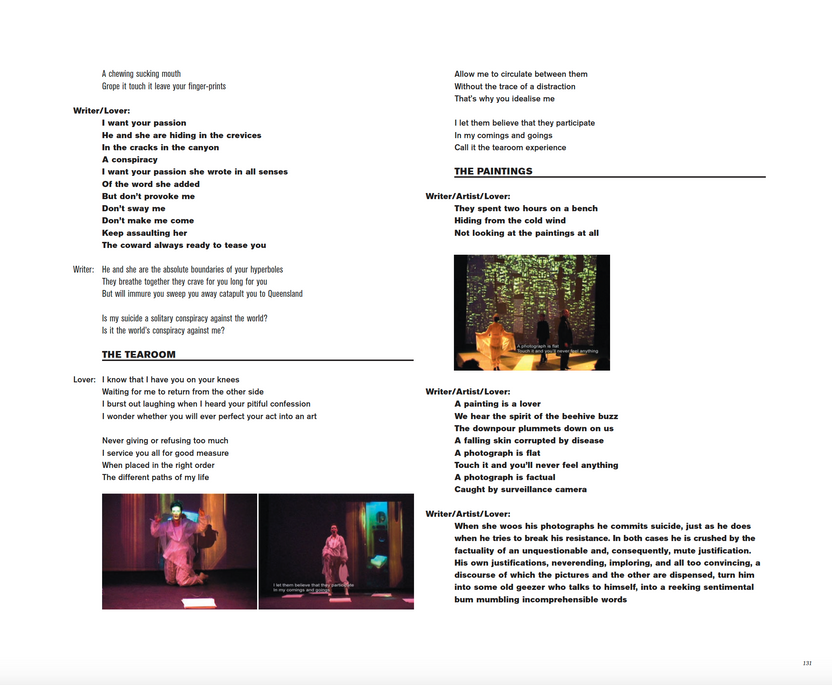 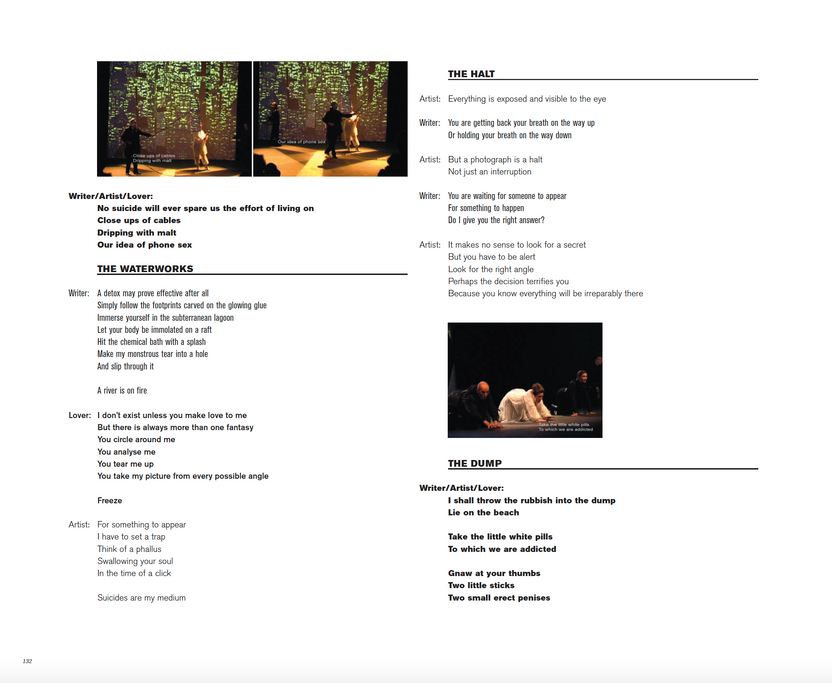